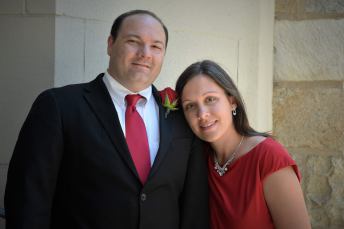 The Rev. David Kropf was born in Warren, Michigan and spent the first eleven years of his life in several areas of the United States.  In 1997, his family moved as missionaries to Botswana, Africa, then later to South Africa.  Upon his return to the United States, he studied Theology at Zion Ministerial Institute in Waverly, New York, where he also met his wife, Anita.  He received his BTH from Zion Ministries and began working on staff in various capacities, both administrative and teaching the Word of God, at their headquarters.  He has travelled to numerous portions of the United States, as well as Canada, Mexico, Dominican Republic, Central America, Malawi, and Ethiopia, teaching and preaching the Word of God.  He is currently the pastor of Chapman Community Chapel in Port Trevorton, PA.

We are here to welcome you. Please join us at these service times:

No Sunday Evening Services - Except when announced